Make Some Money with the Versatile Ad-Sense WordPress Theme

One of the biggest motivations for people to start a website is to generate a passive income. If you don’t want to handle the complications of an ecommerce store, but you like the idea of making money, then the versatile Ad-Sense premium WordPress theme from MyThemeShop should be high on your list of considerations. Of course you can easily find a free Adsense WordPress theme, but you won’t be getting all of the good stuff that really make it worth the effort. Whereas a premium Adsense theme gives you a lot more control and options. 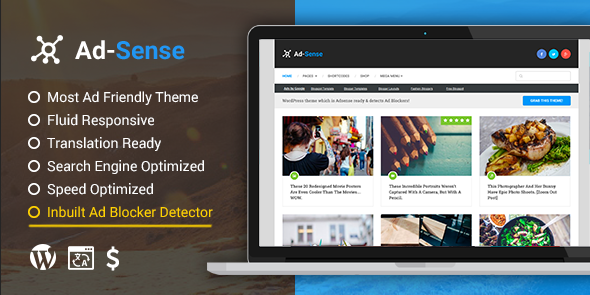 What to Expect from the Ad-Sense WordPress Theme – Our Review

As far as a WordPress theme that is Google Adsense optimized goes, this one in particular is very impressive. It provides you with a platform that adapts to several popular niches, which are explained in a little more detail later, and it comes with an ad block detector. This is particularly important because browsers now give users the ability to block ads. All the users need to do is install the necessary extension and they don’t have to see ads while browsing. This is great for users. It’s not so great for website owners who depend on users clicking and seeing ads.

With the Ad-sense theme you’ll be utilizing two elements that are critical for money-making survival. Firstly, you have diverse options in terms of placing your ads. If used correctly they won’t be regarded as obtrusive, but they will still be noticed. Depending on the type of niche site you are running, you want to be able to experiment with key ad placements. This theme allows you to experiment all you want, given that is was created with ad placements in mind.

The second element is getting the user to remove the ad blocker, at least for the time he or she is spending on your site. With shortcodes you can block certain content from the user if they don’t remove the ad blocker. Once a user is active on your site and they have an ad blocker running, the site will inform them its been detected, and kindly request for it to be removed. Otherwise the user won’t be able to enjoy everything your site has to offer, whether it’s interesting content or entertaining media. 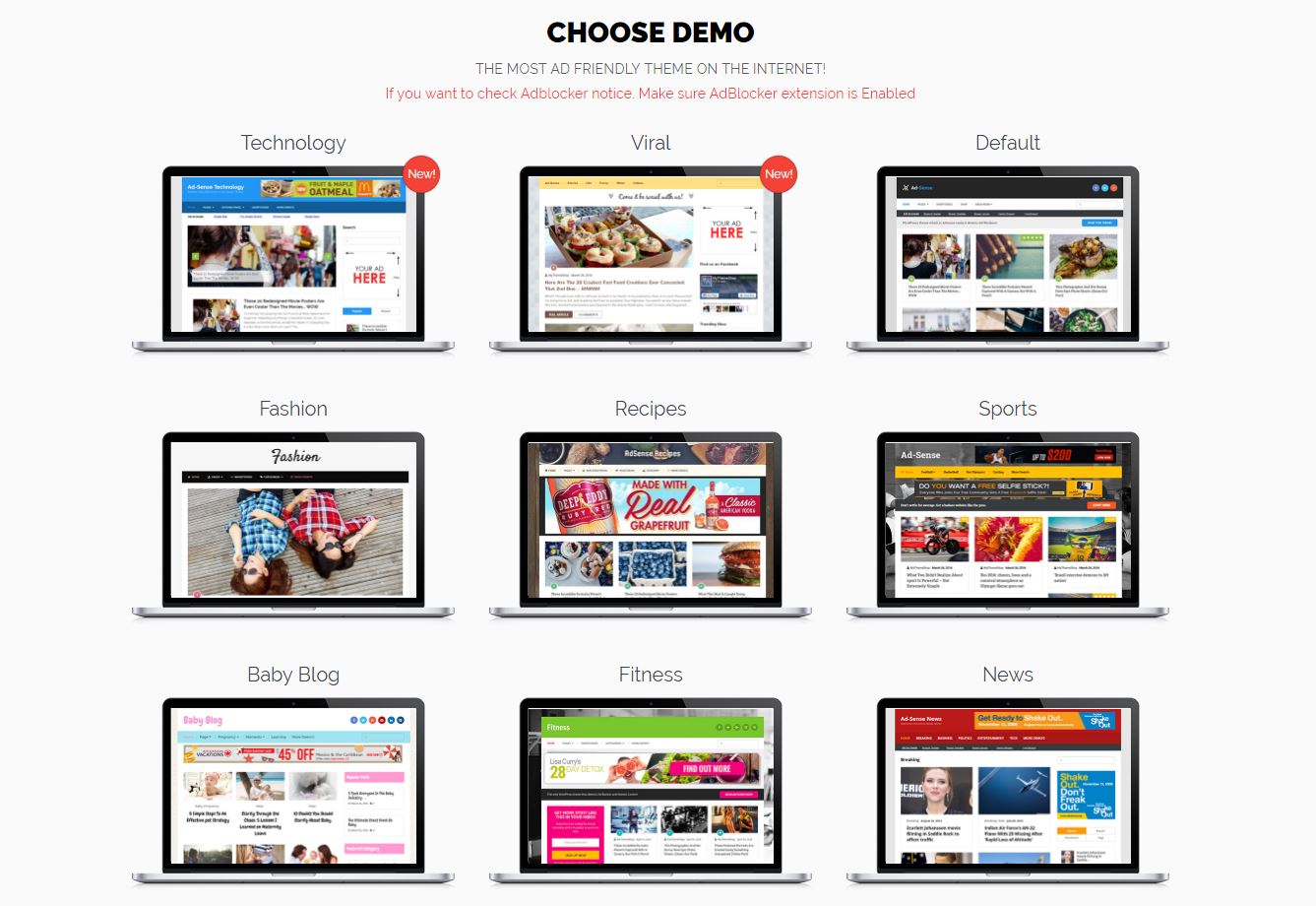 As mentioned earlier, the Ad-sense WordPress theme is incredibly versatile. You can choose any of the most popular niches and make the theme work to your advantage. To give you some idea of how diverse the theme really is, here is a look at some of the possibilities.

There are many individuals who have a passion for journalistic and gossip related stories. At the same time they want to fund their time spent sharing their controversial information. In other words, they are going to need a magazine WordPress theme optimised for Adsense. This platform can make those articles look professional, polished and attention grabbing, which inspires users to let the ad block go for the time being.

If there ever was an Adsense theme for a fitness WordPress blog, this would be it. With the right color and approach, you can make the Ad-sense theme appear as the most “alive” fitness site on the internet. Displaying articles, diets and workout plans, while strategically placing ads is incredibly easy.

Looking for a technology WordPress theme with in-built Adsense manager, that won’t just effectively display ads but also make you look like an authority figure? Look no further with Ad-sense. Present yourself as a professional in the technology field and make some money while you’re doing it.

Starting a viral site is just as much fun as it is being original. By using a viral blog WordPress theme with ad manager and adsense blocks you’ll be maximizing your profits. At the same time you’ll be establishing yourself as a site with something unique to offer.

The Ad-sense premium WordPress theme is even capable of being used as an ecommerce style platform, or a glamorous fashion blog. For both of these popular niches you are going to need visual appeal, which can be difficult when ads need to be part of the picture. But you shouldn’t have any problems maintaining an attractive display and generating an extra income.

The layout of the Ad-sense theme can be compared to popular social media ventures such as Pinterest, but still offers something fresh and unique. It comes with several other features, but those that stand out are the floating notification box that inform users ad blocker has been detected, and the option to make the background clickable.

As expected, the WordPress Ad-sense theme is fully responsive and there are 8 built-in templates, each suited for a different popular niche. It’s also a one-click installation process with a great support staff and well documented to help get the site up and running. 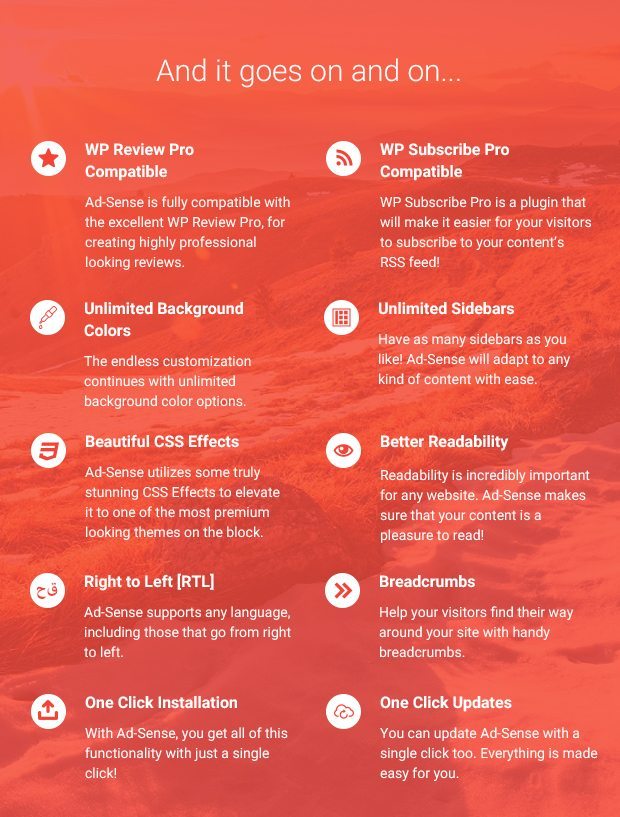 Be Your Own Life Coach - The Wordview of Matt Mullenweg